The Costly Crime of Shoplifting 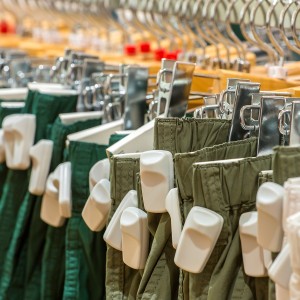 Shoplifting is one of the most common crimes in New Jersey. Many people believe that shoplifting is a minor offense and that the charge has no real consequences, however this is a costly misconception. Being charged with shoplifting is not only embarrassing, but can also result in considerable fines, jail time, and a criminal record. Background checks are now done routinely by prospective employers; a shoplifting conviction raises concerns of honesty and is a red flag which can prevent an employment offer.

In New Jersey there are a few ways shoplifting can be committed:

The value of the item or items stolen is the determining factor for the penalty. As the market price of the items increase, the severity of the crime and punishment does as well. If the merchandise is valued at less than $200, then it is considered a misdemeanor, which will result in a fine and/or up to 10 days jail time.  Shoplifting items that have a face value greater than $200, is a felony and the consequences are more serious. Depending on the degree of the crime, a felony can be punishable with up to 10 years in prison and/or a $150,000 fine. In addition to any fines incurred, stores in New Jersey have the right to receive $150 which is the shoplifting civil penalty.

Don’t let shoplifting jeopardize your future! If you have been charged with shoplifting I, attorney Tom Chaves, can get your charges lowered or even dismissed. There is no case without sufficient evidence. Call me, Tom Chaves, at (908) 256-3039 for a free consultation.

(Helpful Guide to Navigate your Case)