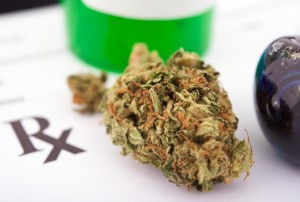 On Election Day, voters in the states of Oregon, Alaska and in Washington, D.C. voted in favor of approving sweeping pro-marijuana legislation.  The vote in Washington, D.C., is subject to Congressional approval.  These three jurisdictions would join the states of Colorado and Washington in legalizing possession of small amounts of marijuana.  The topic of medical marijuana and the laws in 23 states and Washington, D.C., allowing it under some circumstances, is outside the scope of this article.  It is notable, however, that voters in Florida just rejected a referendum on legalization of medical marijuana.

In both Oregon and Alaska the new laws are patterned on the existing laws in Colorado and Washington State. Those states provide for a commercial regulatory system for the production, distribution and sale of marijuana which can be possessed in small quantities by anyone 21 years of age and older.  It is anticipated that five more states will have marijuana legalization ballot initiatives in 2016 (California, Massachusetts, Maine, Nevada and Arizona; source CNN Politics online November 5, 2014).

There is also de facto legalization such as in Brooklyn where the District Attorney announced in July 2014, that his office would no longer prosecute most possession of small amounts of marijuana cases, and on November 10, 2014, New York City Mayor William DeBlasio and Police Commissioner Bill Bratton announced that starting November 19, 2014, police would not arrest people possessing less than 25 grams of marijuana and instead would issue $100 summonses.  There was no explanation, however, as to where people are supposed to buy marijuana and it is still be illegal to sell it.  Legalizing possession while still making the sale of marijuana illegal makes sense only to the Mexican Sinaloa drug cartel (one of the largest exporter of drugs into the United States).

On February 21, 2014, the New Jersey Municipal Prosecutor’s Association Board of Trustees voted to endorse marijuana legalization.  Its President, Jon-Henry Barr, Esq., the Municipal Prosecutor in Clark and Kenilworth, was quoted in the Asbury Park Press as saying, “[t]he time has come to understand that this particular offense makes about as much sense as prohibition of alcohol did,” and that, “it is time to stop the insanity.”  On October 5, 2014, the Editorial Board of the New York Times endorsed the ballot initiatives legalizing possession of marijuana.  The editorial stated, “[i]t’s time to bring the marijuana market out in the open and end the injustice of arrests and convictions that have devastated communities.”

In New Jersey, many of the legislators actively working to legalize possession of marijuana are also Municipal Prosecutors.  On March 27, 2014, Senator Nicholas Scutari, the Linden Municipal Prosecutor, introduced S-1896, which would legalize possession of small amounts of marijuana, the sale of marijuana, and the growth of marijuana.  A 7% tax would be levied on all sales from stores.  On May 8, 2014, Assemblywoman Linda Stender and Assemblyman Reed Gusciora, the Lawrence Township Municipal Prosecutor, introduced A-3094, which is an identical and companion bill to S-1896.  These bills have stalled and according to these legislators’ offices, the bills have not been submitted to the Judiciary Committee and there is no current plan to do so. (source: author’s November 10, 2014, phone calls to the district offices).   On the other side of the issue is Governor Christie who was quoted in the International Business Times on July 25, 2014, as telling a radio interviewer in Denver that, “[s]ee if you want to live in a major city in Colorado, where there are head shops popping up on every corner, and people flying into your airport just to get high.  To me, it’s not the quality of life we want to have here in the State of New Jersey.”

The arguments against legalization of recreational marijuana use relate, in part, to medical evidence. In an article in the New York Times on October 29, 2014, titled  “This is Your Brain on Drugs,” Abigail Sullivan Moore suggested that the long held view that  “moderate marijuana use by healthy adults posed little risk and there are potential medical benefits, including easing nausea and pain” may need to be revisited because  prior studies were conducted years ago with much less potent marijuana.  The potency of marijuana’s psychoactive component, THC, has risen dramatically.  In many of the marijuana products being legally sold in Colorado, Ms. Sullivan reports that one product is sold as “Green Crack” and has a THC content of 21%, and other products legally sold have a THC content of as high as 70%.

Ms. Sullivan’s article stated that, “[h]igh-THC marijuana is associated with paranoia and psychosis, according to a June article in the New England Journal of Medicine.”  Equally troubling is that researchers at Harvard and Northwestern found that brain scans of 20 marijuana smokers ages 18 to 25 resulted in structural changes in two significant regions of the brain. The leading non-profit in favor of legalization, NORML, states on its website that “[m]arijuana is far less dangerous than alcohol or tobacco. Around 50,000 people die each year from alcohol poisoning. Similarly, more than 400,000 deaths each year are attributed to tobacco smoking. By comparison, marijuana is nontoxic and cannot cause death by overdose.”  Noted TV personality and board certified medical addiction specialist Dr. Drew Pinsky has been quoted as saying, “[i]t would be malpractice to say that cannabis isn’t addictive.” (source: www.celebstoner.com November 19, 2013, interview).

One of the most common arguments in favor of marijuana legalization is that its effects do not make people violent like alcohol.  However, with the higher amounts of THC in products one may expect more news articles such as the following from the New York Post, November 27, 2014, concerning Mike Brown of Ferguson:  “Toxicology tests would show that the teenager tested positive for “a very significant dose” of marijuana.  When investigators examined Brown’s body on a morgue table, they found a small plastic bag of marijuana in his pocket, along with a cigarette lighter and two $5 bills.”

Although it is too early to gauge the effects of the laws in Colorado and Washington State on law enforcement, on June 26, 2014, it was reported in USA Today online that in the few months since legalization on January 1, 2014, a Denver detoxification facility said that 15% of their DUI referrals were for marijuana in the same time frame as compared to a year ago when they were 8%.   CBS Seattle online reported on February 4, 2014, that “[a]ccording to a recent study, fatal car crashes involving pot use have tripled in the U.S.”

What all the conflicting data means is difficult to discern.  The questions involved are far more complicated than each side of the legalization argument portrays them.  It is difficult to understand how New Jersey’s current laws either “destroy communities” (NY Times) or are “insane” (Municipal Prosecutor Barr) since the conditional discharge program exists and it is virtually impossible to receive a jail sentence for possession of marijuana under 50 grams, N.J.S.A. 2C:35-10a (4), regardless of prior convictions.  Finally, regardless of what side of the issue you are on it appears evident that legalization is not going to be enacted in the State of New Jersey anytime in the near future.

(Helpful Guide to Navigate your Case)